Dumas Bay retreat center was ideal for five days of getting encausticated at Trish Saggebruch’s EncaustiCamp, in Federal Way, WA, just south of Seattle.  Fifty-three artists armed with heat guns, brayers, dyes and paints, spurred on by the  beautiful scenery of the Puget Sound and its low tides, came together to create waxy magic. The instructors, Trish, Judy Wise, Sue Stover, Crystal Neubauer, Sharyl Bartlett, and Michelle Bento, inspired and cajoled us into creating beyond our imaginations, sometimes surprising ourselves with our creations. Here are a few pictures from the 5-day event which included a stop in Seattle at the Scott/Hanson Gallery for an artist reception including Trish, Sue and Crystal who collaborated on several pieces that are on display throughout August. If you love encaustics, stop by and see Swarm, A Journey of Creation in Beeswax. 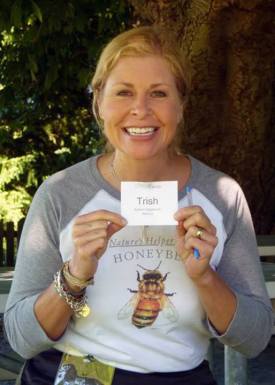 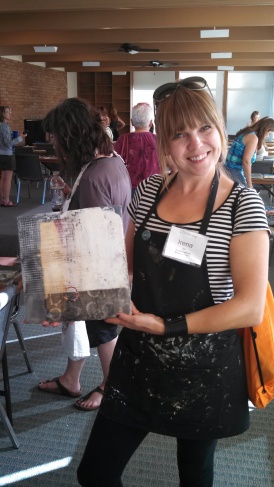 Irena, my neighbor across the hall and her creation. 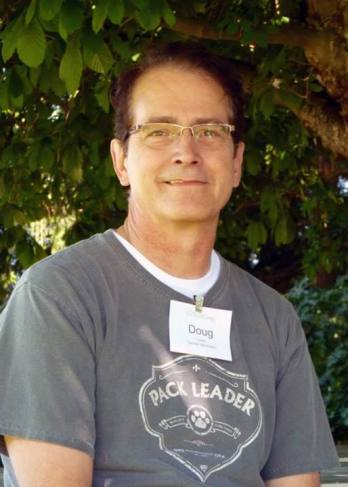 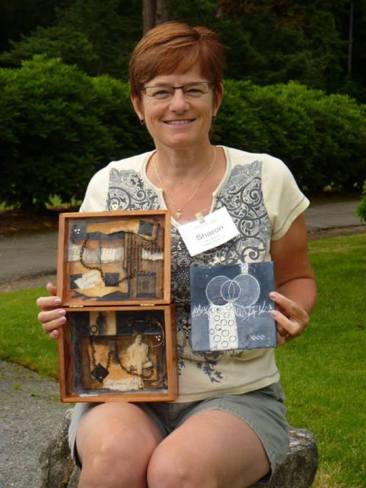 Sharon and her creations at Encausticamp 2013 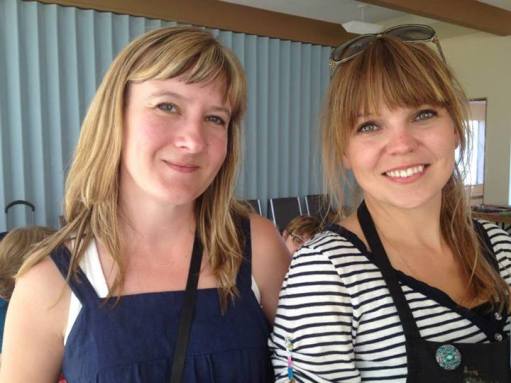 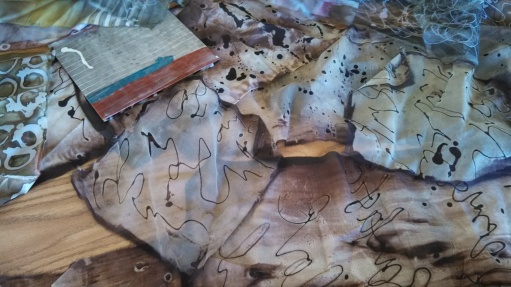 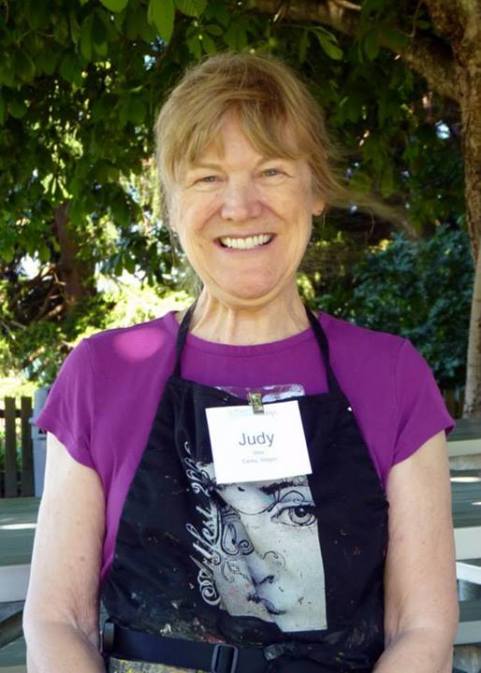 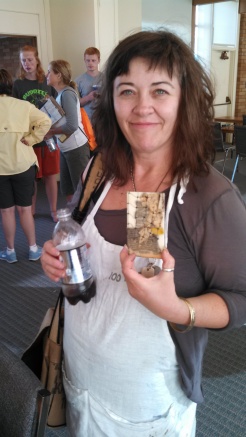 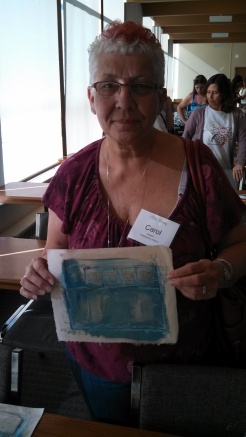 Carol Meyers and her monotype from Judy Wise’s class

Next year’s registration is under way for EncaustiCamps 2014 in Seattle, Australia and Bali here.

Your comments are appreciated. Cancel reply